Twon, If you’re reading this it’s too late my G.

I’m never sure where to begin with these stories. Y'all remember when Nas spit a whole story backwards? Nevermind forget it.

The year is 2013, I believe, and it’s a rainy night in the fall. My boy Robbie Maxx drags my wife and I to a Meek Mill show in Teaneck NJ, just to peep the scene. The parking lot is a mad house of course. We had to wait in line and shit, which wasn’t the vibe. We finally get in the spot, it’s already packed and the opening acts are doing their thing. This one performer caught my attention. This short, energetic kid with his squad on stage with him screaming, “UPPERCLASS!”. The young boy with the name “TWON” gleaming off his hat was spitting some fire with no fear or nervousness to a sold-out crowd in his hometown. Pretty dope performance overall. Soon after his exit from the stage Meek would come out and make is presence known. I knew that wasn’t the last time I’d see or hear from that Twon guy.

Some months later Maxx would headline a show at this spot called Mexicali Live (Debonair Lounge) and guess who he throws on the bill? You guessed it, TWONDON. It had been a while since I last saw the kid and this go-around the music was a bit different. He performed and did his thing much like the first time I saw him. He was chopping it up with his fans/supporters after his performance, so I had to wait to talk to him. I hate that sh*t. I was able to properly introduce myself and extend the invitation to collab. I’ll admit our first encounter wasn’t the greatest. It’s always weird when a ni**a that doesn’t know you tries to strike a conversation. He’ll tell you. Although he knew of me as being Maxx’s producer/engineer up until this point we hadn’t had any extensive interaction. We exchanged info and that was that. He wasn’t trying to hear anything I had to say that night though.

Now it’s 2014, I was floating around to different events in NYC. One in particular was a private album release party for Mobb Deep (RIP Prodigy). I want to say it was their last album, “The Infamous Mobb Deep.” I’m coolin’ in the spot for a little bit and guess who I bump in to? Of course, Twondon. The first thing he says to me is, “Damn B, you get around”. At this point this ni**a finally realizes he can’t escape the God. This time we got a chance to really chop it up. He mentioned to me he was looking for a new spot to record and a good engineer. I had to get my boy right. The first track we recorded together was, “Life’s a Bitch” featuring AZ. I remember Twon asking me, “Yo B, can you somehow scratch in the Acapella of AZ from Nas’ "Life’s a Bitch”?” and explained how he wanted it to cut in and out of the hook. I remember thinking to myself, “This ni**a has no clue this my f**king BAG.” To make a long story short my execution of what he requested was flawless. In past interviews Twon has mentioned that “Life’s a Bitch” was when he found “His sound.”

Soon after Twon would make 1985 Sound Studio in Belleville, NJ his new home for recording. By this time I had already mixed a few singles for him including “4th and Inches” and “Run It” featuring Bizzy Crook and slew of others. There’s this on-going thing where he’ll say some sh*t like “Yo B, make me sound icy” and somehow I know what he means everytime. He also connected me with a few artists he knew including a young lyricist by the name of Dolla $ign Dunn who I continue to help with developing his sound as well. In the early stages of creating with Twon he had already had a lot of his beats picked out so he didn’t really need me for production. I was just helping to cultivate that Upperclass sound through my mixing and mastering techniques. It wasn’t until mid 2015 that discussions of his debut EP “Stay Golden” began to take shape.

After a session one day Twon asked me about a beat I was creating on my ipad that I previewed on Instagram I think. No stories back then this was all timeline action. He said “That beat sound like me."

I didn’t think anything of it, I looped up the beat, added a few more elements to it and gave it up. No charge. That was the birth of the first single "Too Committed”. He sat on the beat for a short time and came back to the studio and laid the 1st verse and the hook. Later on he told me that Smoke DZA would be blessing the record and executive producing the album “Stay Golden." 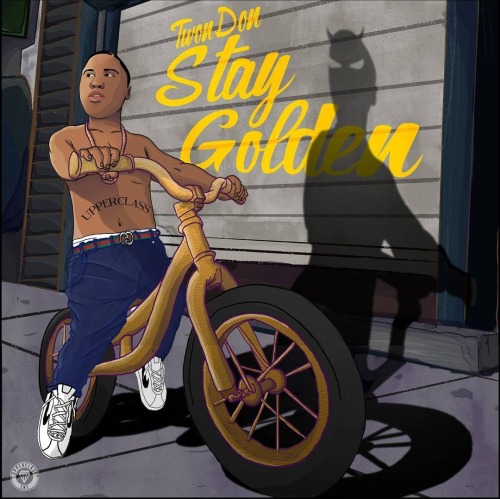 Twondon’s “Stay Golden” album was released December 8, 2015, a day after my 30th Birthday. I was in Vegas my ni**a. The project was well received. The song “Million Dollar Babies” off that project racked up 600,000+ streams on Spotify alone. The whole roll-out for that project was dope. I go back and listen to that project sometimes and I love the way it sounds. It sounds just like the title, “Golden.” So much work went into it and I enjoyed every minute of it. There are 10 mixes on “Too Committed” alone. Occasionally I will hear my wife bumping “All the Above.” She’s also partially responsible for placing “Too Committed” in the Indie film “King of Newark” (2016)

After the success of that project we continued to create and build. The last few years I’ve watched Twondon evolve from rapper/lyricist to clothing designer to all-around entrepreneur. Yeah man, my boy was making clothes. I had to support him because the Upperclass Intl. collections were dope, simple as that. Every collection is limited pieces, so if you miss it for the week it’s available it’s over. His system is untouchable to say the least. He’ll give you some dope music and then turn around and give you some fresh clothes. Young Nipsey traits for sure. The one piece I missed out on was this navy blue Upperclass hoodie he dropped. Still salty about that. He know.

The inception of “God Complex"

Summer of 2016 I locked in with my brother Josh. He would come to the crib on random days and cook up. Lay hooks, make beats etc. One of the hooks he laid was on "F**k What They Tryna Say,” we both knew it was special. He laid it down and we never revisted it. Typical Josh sh*t. He’s just a legendary soul. He’s different.

2017 I relocated to Atlanta. Twondon and I would maintain our working relationship and brother-hood from a far. We would send sessions back and forth, long ass facetime calls and sh*t. I would send beats sometimes and I stumbled across that joint “F**k What They Tryna Say” again, so I sent it to him. He didn’t have anything in his catalog like it at the time. He wrote to it in about 45 minutes maybe less and sent me voice notes of the verses he had. Just undeniable flame. Since he didn’t have a studio to record in at the time, I arranged to shoot back to Jersey to handle some business and record his verses. We linked up at a Sheraton I was staying at in Weehawken NJ overlooking New York City. I set up my laptop and microphone, we had some “God-Talk” and we got to work. Needless to say this record “Fuck What They Tryna Say” is about to be 4 years old by the time you guys hear it. Timeless vibes. Around the time we recorded that song I was still dealing with the indelible aftermath of my own personal police misconduct situation. It’s documented that US Police had already shot and killed 72+ unarmed black males from 2015-2017. The numbers continue to rise. The message in that song is powerful, heavy and very clear, Fuck what they tryna say. We’re not naive to what’s happening in our communities, but as you can see we still thrive anyway. So we dont give a f**k what yall talking about. Plain and simple.

“The skeletons in the closet is rising, the truth is louder than ever they kill us and televise it…” “FWTTS” - Twondon (feat Josh.GLPA)

These last few years have made me realize how important the artist-engineer and artist-producer relationship really is. We’ve gotten so good at separating our business and personal lives that when this guy hits my line and simply says, “Mr. Ross,” my response is normaly “Mr. Gibbs?”, I know something is coming. Would you believe we’ve spent the last 7 years developing his sound to what you hear today? I’ve mixed and mastered over 30 songs, 3 albums and 3 EPs for Twondon thus far. So many email threads, text messages, phone calls and overtime to bring to life that Upperclass sound you know him for. “God Complex” is just a cornerstone of what we’ve been able to build together on this journey of ours. Songs like “199$” and “Trips Up North,” are the creative by-product of our extensive conversations about life, man-hood, spirituality and how we are limitless in our thinking and resilient in what we pursue. We are Gods in our own right. Like Ye said, "I just told you who I thought I was, a God”. Just respect it. Hope you enjoy this masterpiece. More music on the way. It’s Upperclass ̡ 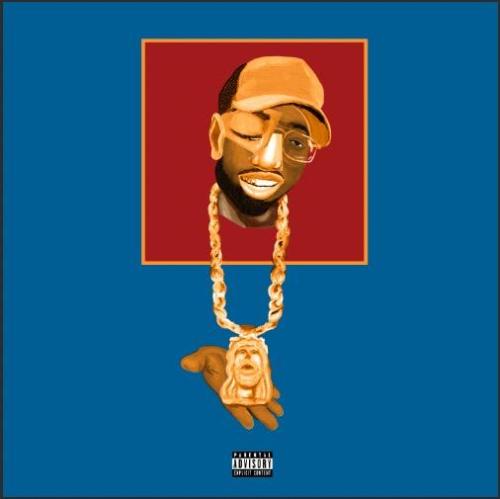 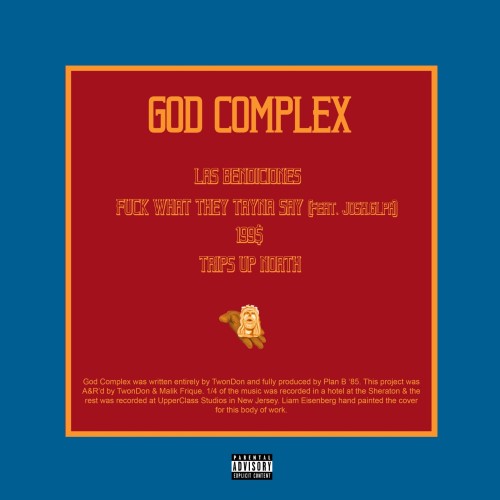 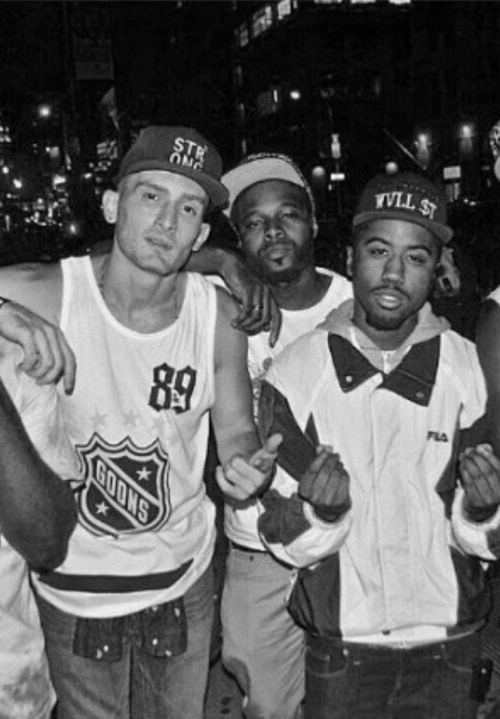